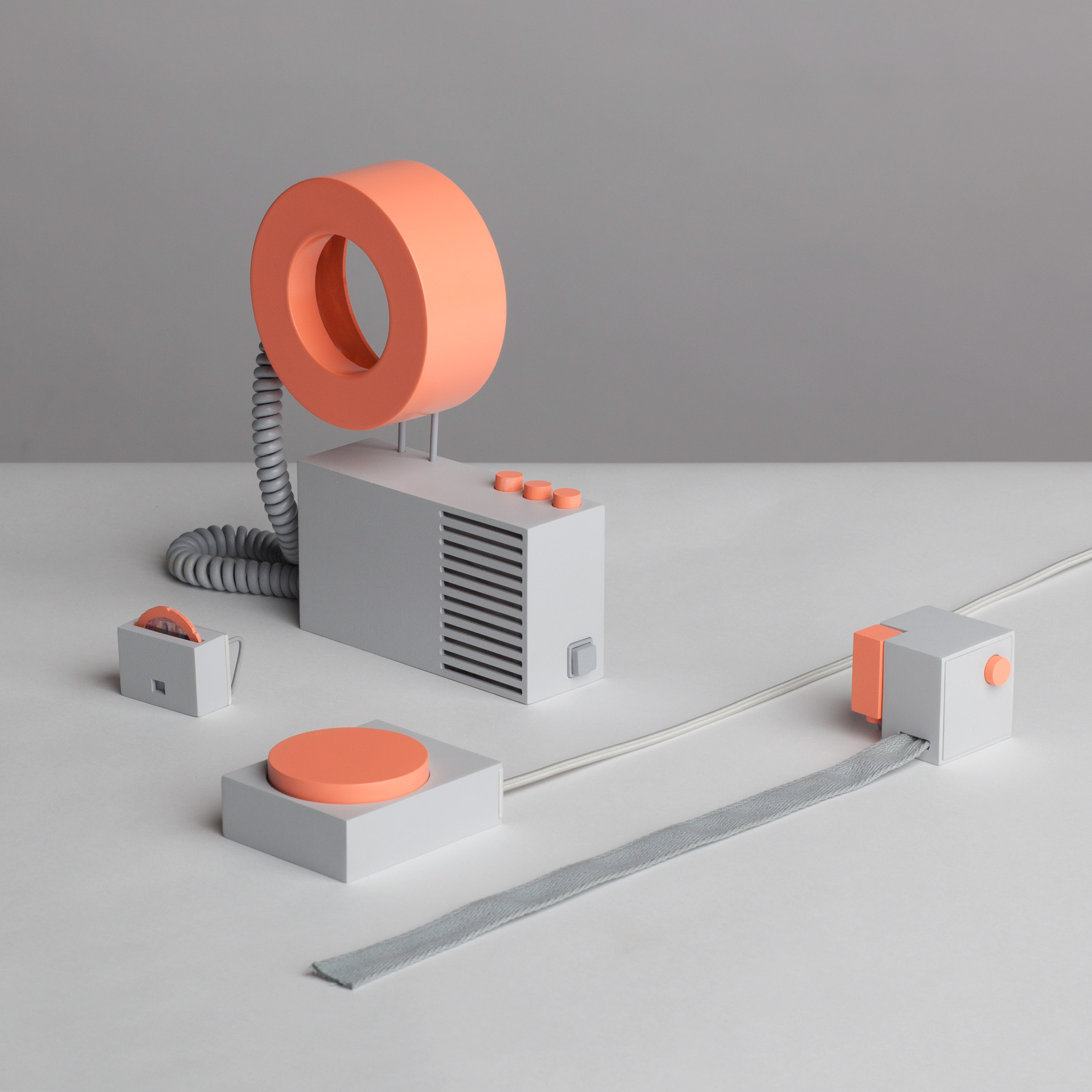 For our review of 2019, deputy editor Augusta Pownall picks out ten trends that have preoccupied the design and technology industries this year, from the circular economy to the continued rise of China and a focus on privacy.

Data is one of the most lucrative resources on the planet, but concern has mounted over protecting digital privacy and the damaging effects of online surveillance this year.

Winston Privacy created a hardware filter that users plug into their modem that prevents online tracking and the resulting profiling across any smart device in the house, whilst Accessories for the Paranoid generates fake online data to blur your digital profile.

CounterBug is a playful take on the theme that confuses data harvesting algorithms by giving virtual assistants conflicting information about the user, speaking about socially desirable topics and "shouting" over trigger words. Ewa Nowak's solution brass face-jewellery that confuses facial recognition cameras is the most aesthetically pleasing, and can be worn in London's King's Cross area, which we learnt this year is using facial recognition to monitor visitors. 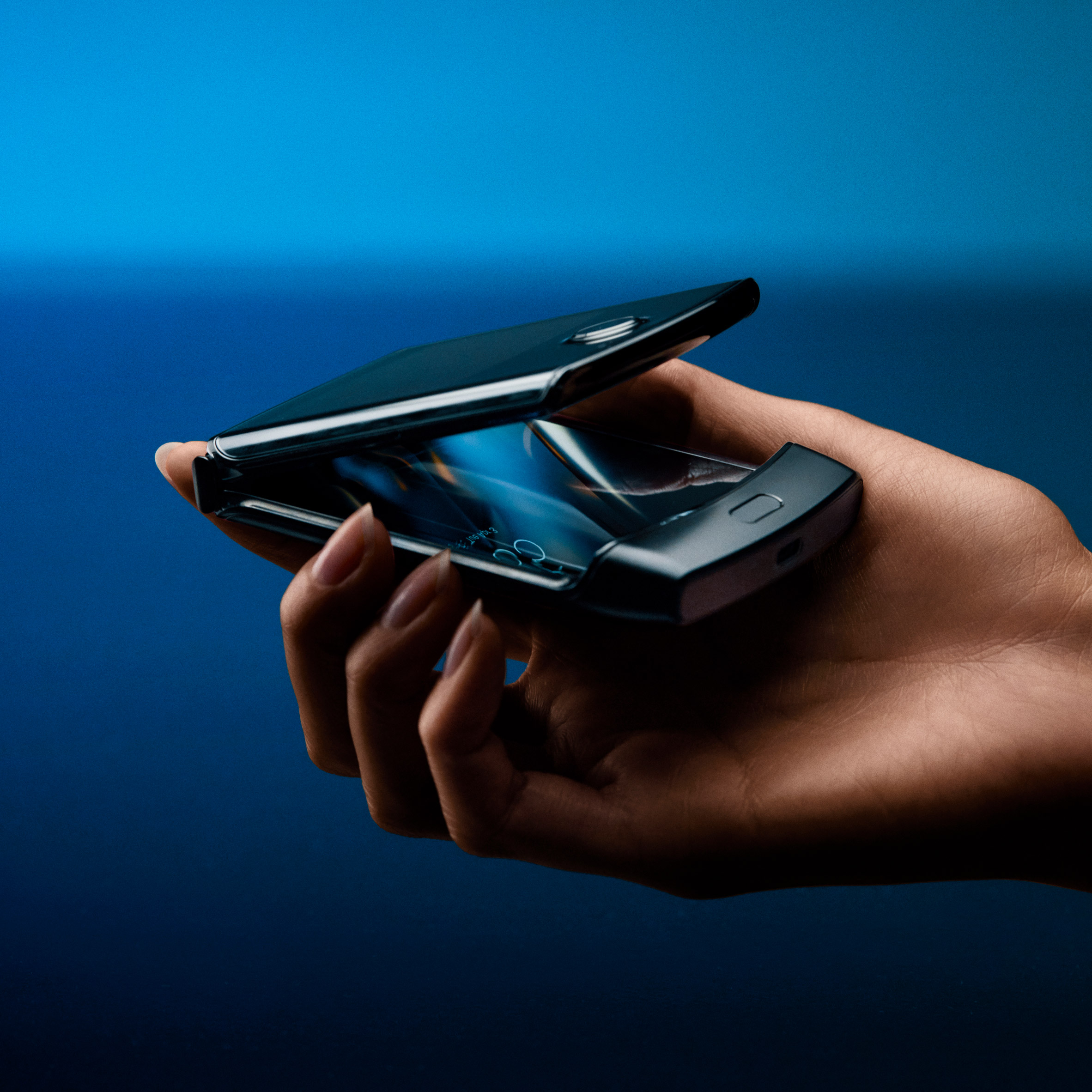 This year a number of companies revealed phones with folding screens. Samsung revealed theGalaxy Fold in February this year, with a design that opens like a book to reveal the folding screen inside.

Huawei's offering a few days later flipped this idea on its head, with the screen folding around the exterior of the folding phone. Microsoft unveiled the Surface Duo in October, and Motorola gave its classic Razr flip phone a revamp with a screen on both internal planes. With Samsung suffering some problems with broken folding screens, it seems the technology still has a way to go. 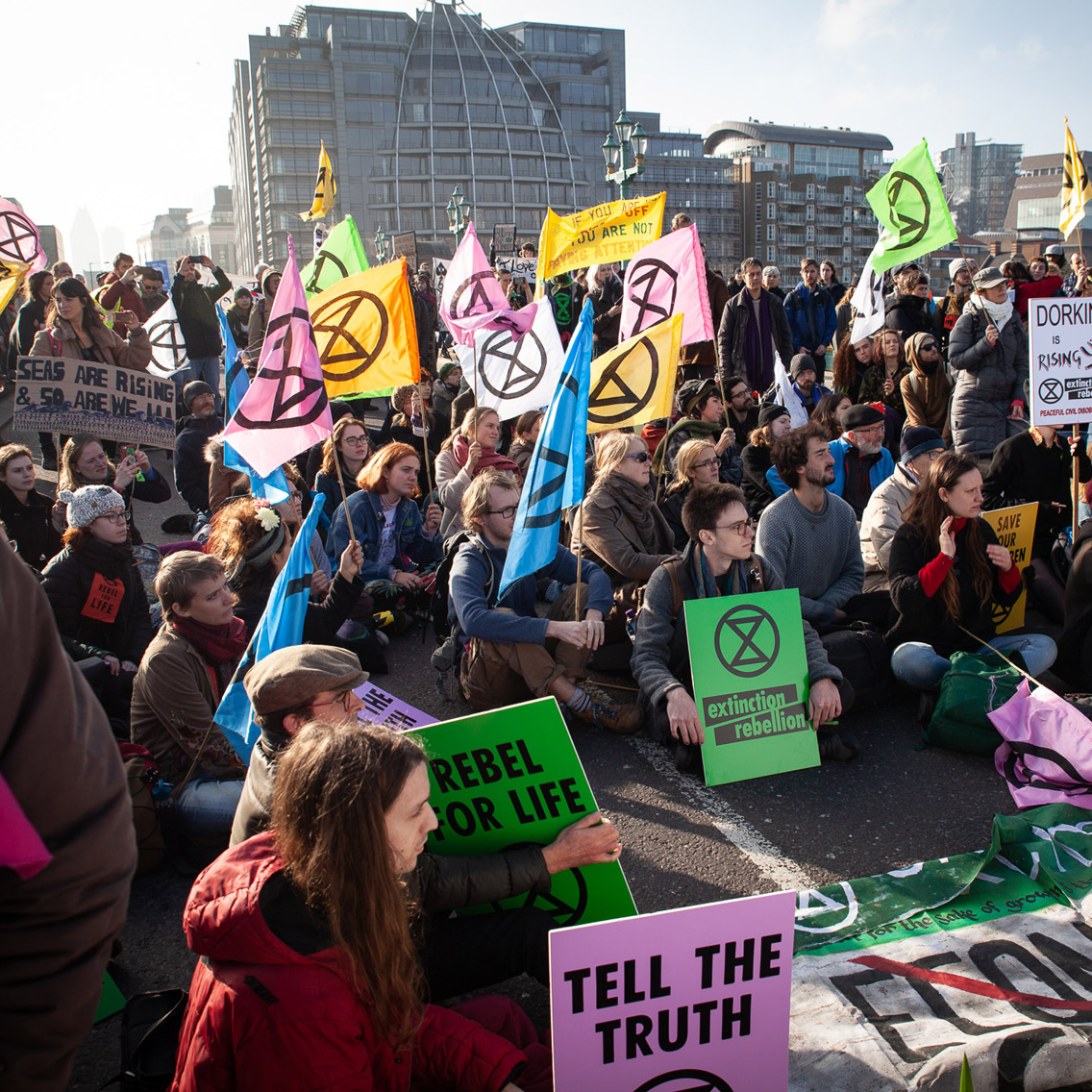 Dezeen published its first story on climate change protest group Extinction Rebellion in April this year. Our coverage has since included the modular wooden boxes used at their protests, the acquisition by the V&A of flags, pamphlets and digital files, and the group's boycott of the Design Museum's Designs of the Year show on account of the sponsor, insurance company Beazley.

Our fractured relationship with the natural world has also been explored in a number of high profile exhibitions around the world this year as well, including Broken Nature, the Milan Triennale exhibition curated by Paola Antonelli, who also opened our inaugural Dezeen Day conference, Nature at Cooper Hewitt in New York, 24/7 at Somerset House and Eco-Visionaries at the RA. 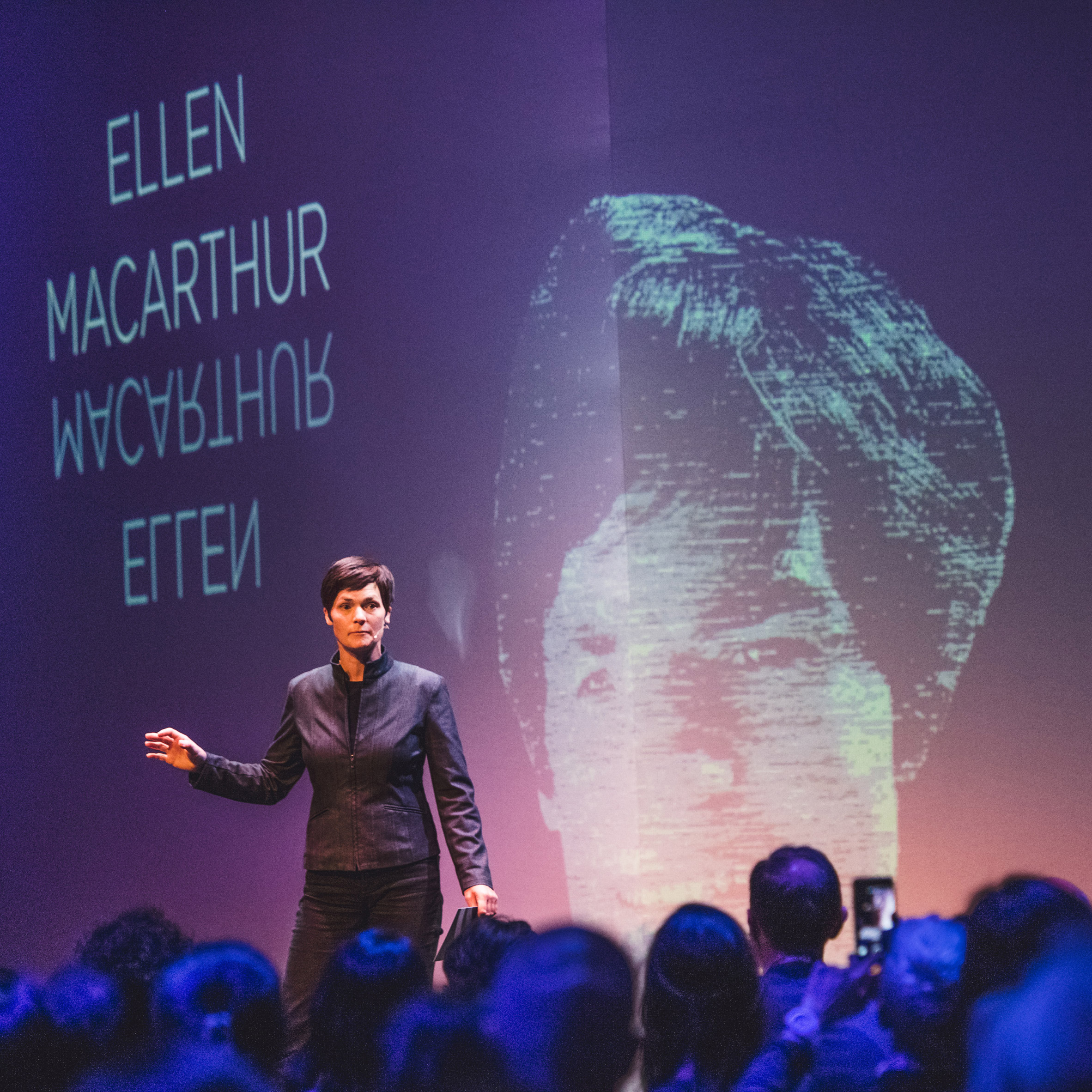 Difficult to define, but hugely important for the future of design, the circular economy was a big topic this year. Round-the-world sailor and circular-economy champion Ellen MacArthur said switching to a circular economy was "absolutely vital" and is looking to persuade 20 million designers to follow her. Adidas's innovation team added that it was "good for business", while designer Richard Hutten believes that companies that don't embrace a non-linear business model will go bust.

IKEA has pledged to become a circular business by 2030, and even London's mayor called on property developers and architects to design for a circular economy.

Examples of these ideas being put into practiceincluded garments by made by Swedish company Re:newcell made from Circulose, a new material that uses recycled cotton clothes, and Carlo Ratti's orange juice bar that 3D prints a cup to drink from using the fruit's peel. 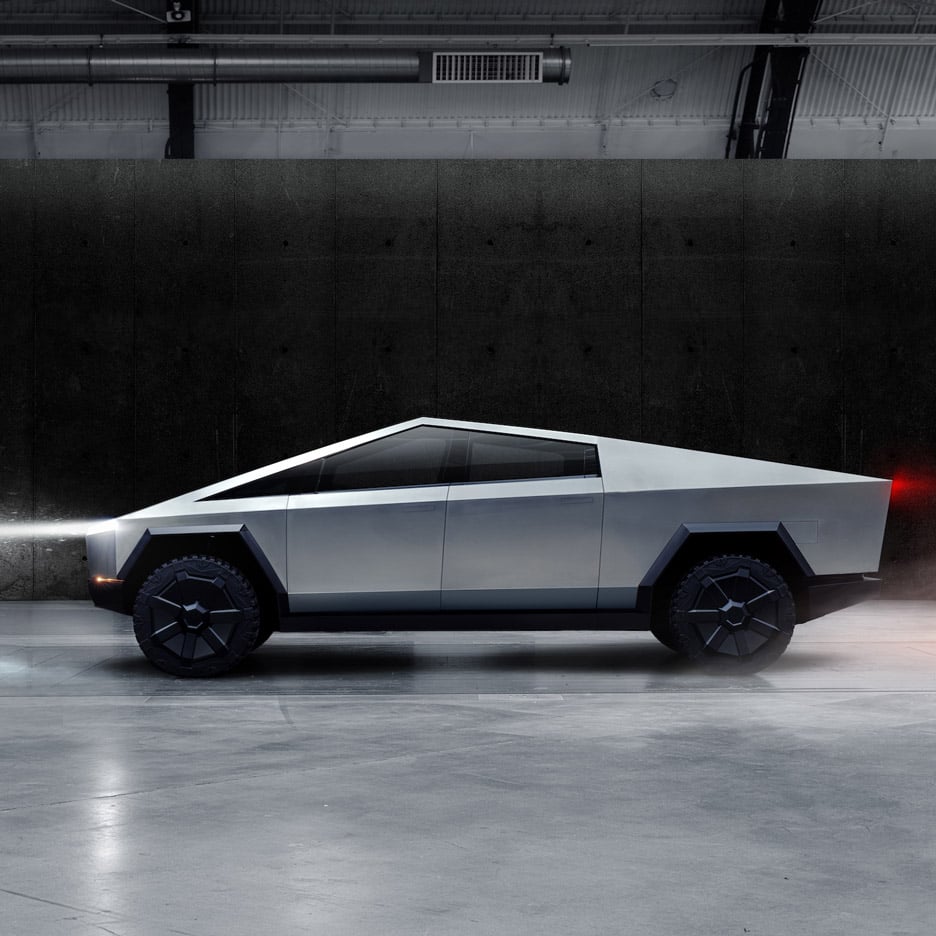 Electric vehicles have been around for a while, but this year saw some unusual additions, with supercars and Harleys being unveiled. Italian auto-maker Lamborghini claims its first hybrid production car, Sin, will be its fastest motor of all time, whilst the Lotus Evija is a powerful, fully electric supercar with the lifting dihedral doors typical of such a design.

Electric cars featured heavily at both the Shanghai and Geneva motor shows, and next year's Olympics will see athletes move around in the autonomous, electric e-Palette vehicle by Toyota. More surprisingly, Harley Davidson, the motorbike company associated with Hells Angels and petrol-heads moved into the electric market with two bikes suitable for urban commuters.

Tesla, meanwhile, went after the American pick-up truck market with its Cybertruck, and Dyson scrapped its electric vehicle project entirely as "not commercially viable". 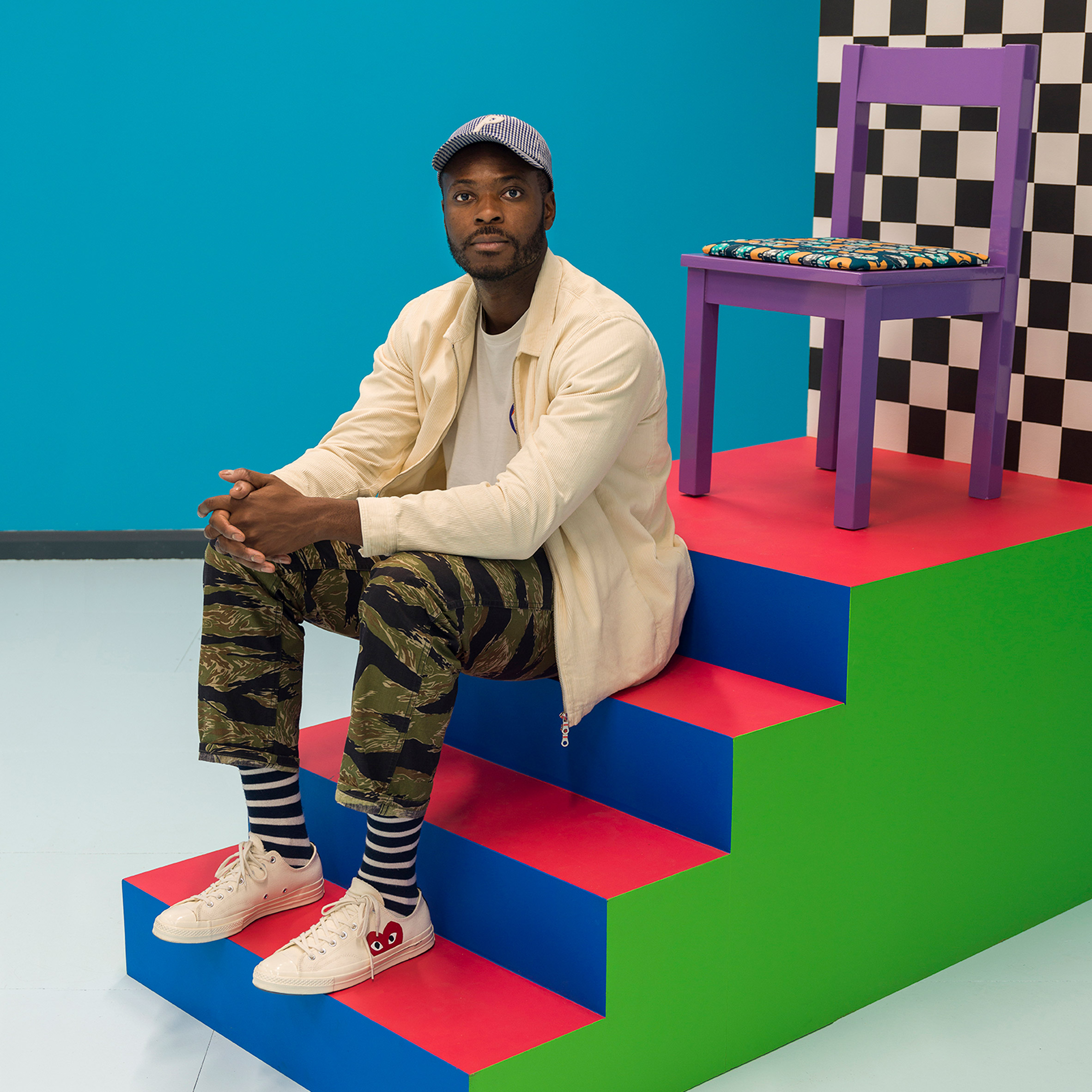 It was designer Yinka Ilori's year. The British-Nigerian designer created The Colour Palacepavilion, which stood outside the John Soane-designed Dulwich Picture Gallery in south London. The multi-coloured structure was raised above the ground on four bright-red, stocky legs, and made the designer's mark as the ultimate maximalist.

Ilori's signature saturated prints also adorned a playground for adults at Cannes Lions festival in the south of France, and guided visitors around the Get Up Stand Up Now exhibition celebrating black British culture at Somerset House. Downtrodden commuters were cheered up with his eye-popping transformation of a railway bridge in London, while his work also found its way into a Yorkshire stately home. 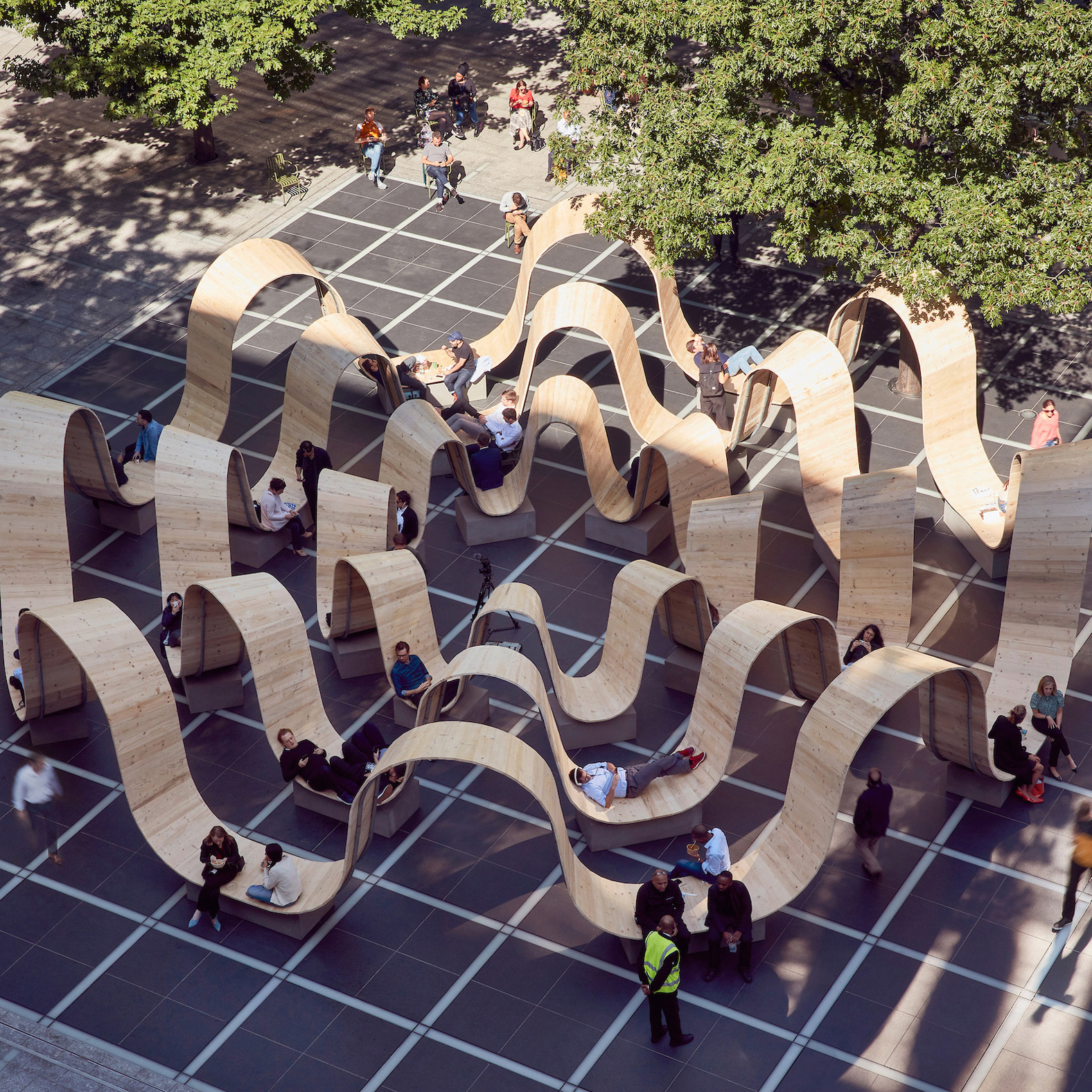 Designers have been addressing the issue of waste at fairs and exhibitions in two ways: by making installations from recycled materials and by reusing the same materials from the year before.

Matter of Stuff repurposed 5,000 wooden dowels from their 2018 installation to create a bench, sculptures and screensfor this year's LDF presentation, while the Eco-Visionaries exhibition at London's Royal Academy reused dividing walls and boards from previous shows.

Martino Gamper's Disco Carbonara at Coal Drops Yard in London was made with leftovers from the wood veneer industry, Paul Cocksedge's undulating benches were made from scaffolding boards and Tarkett's snowy mountain-scape at Stockholm Design Week was bound for display in other Nordic countries before finding its home in a school. 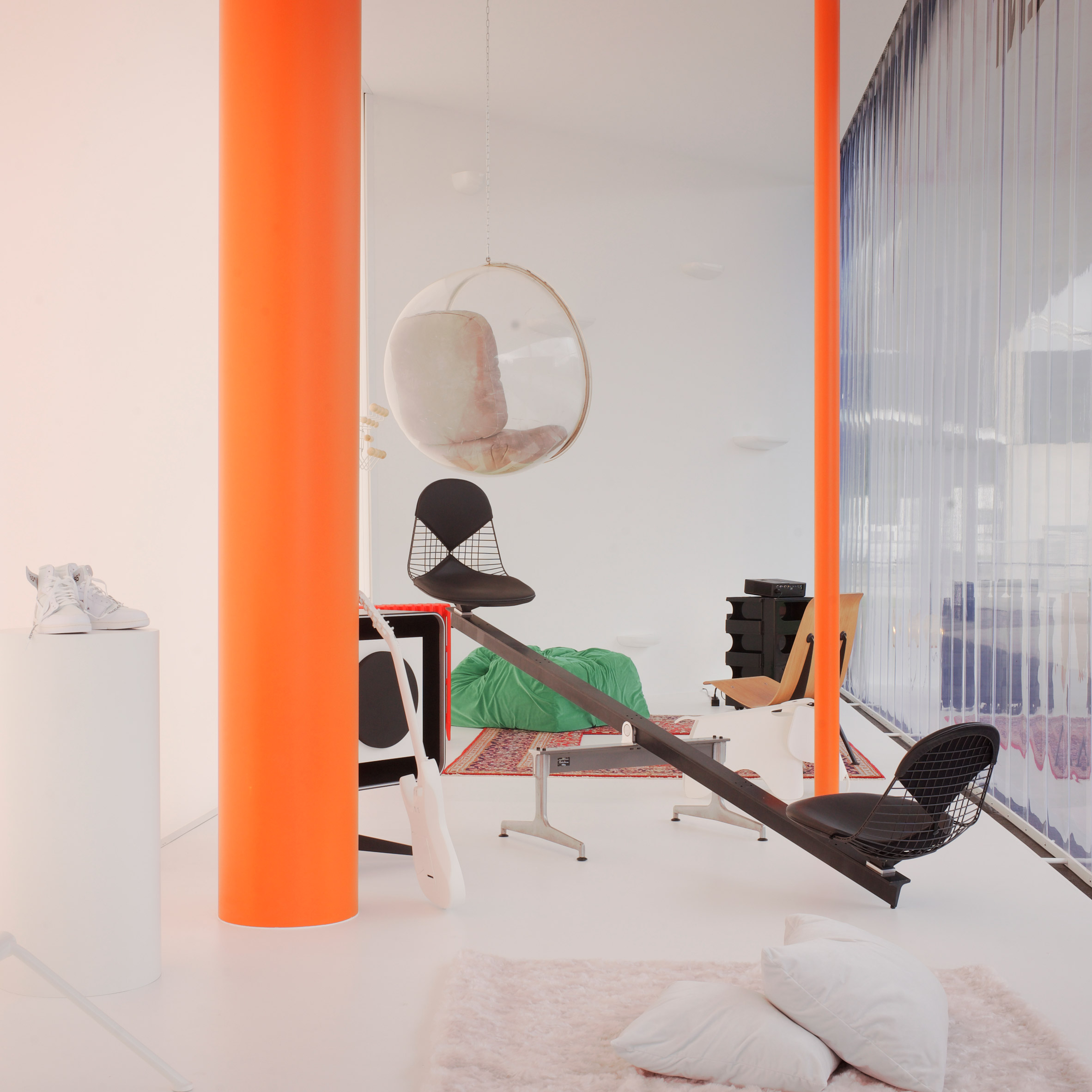 Fashion designers take on the home

Apparently fashion is out of fashion, as those who used to make clothes are turning their hands to designing furniture and homeware instead. Belgian fashion designer Ann Demeulemeesterlaunched her first collection of tableware, cutlery and glasses in Paris in September. Meanwhile Rick Owens created a suitably gothic, monochrome collection of seats for Carpenters Workshop Gallery, inspired by brutalism.

Virgil Abloh launched a collection with IKEA, showed his sinking Alaska chair in Venice, and at the RA in London, and even hacked the Vitra archive to create his vision of how we might live in 2035. 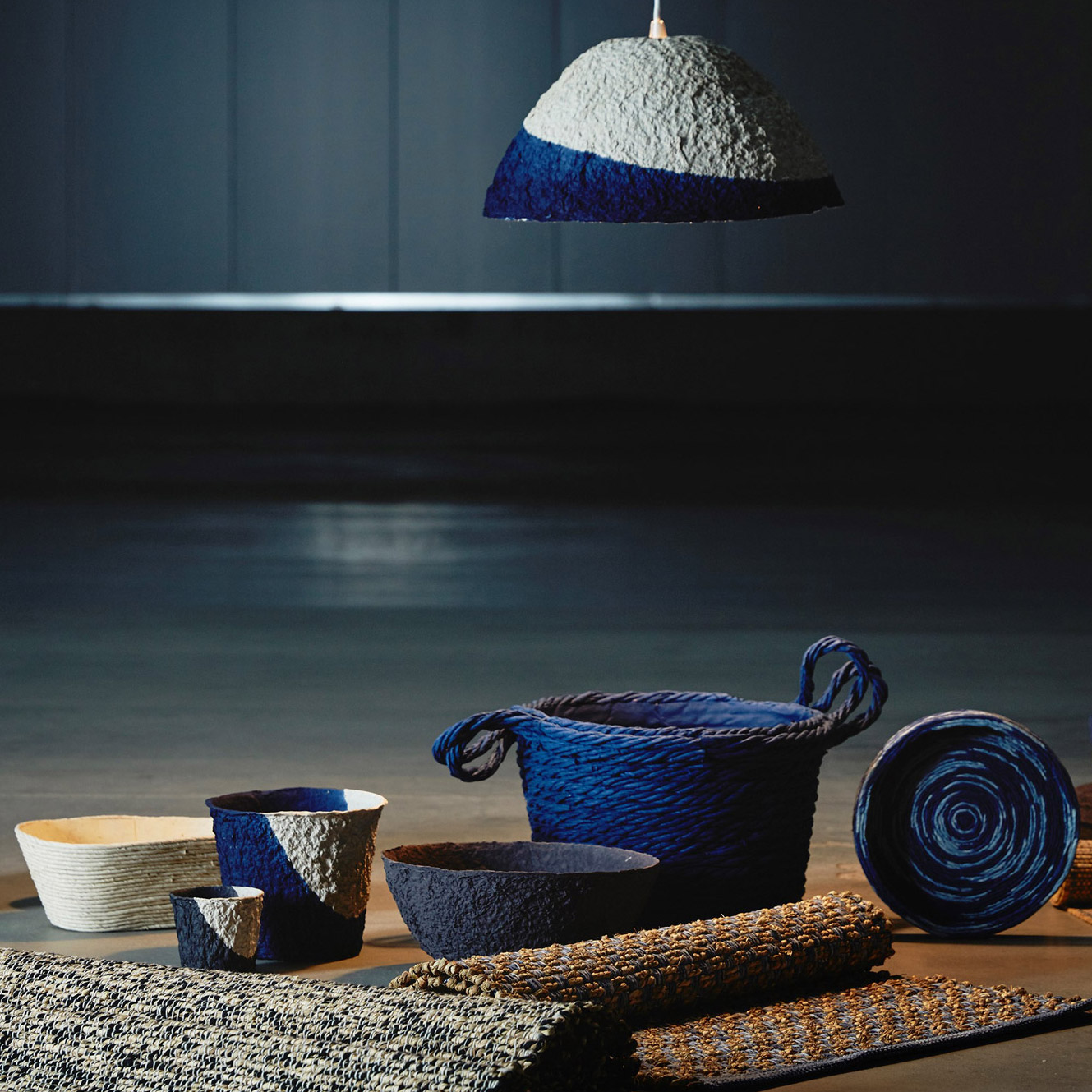 The ocean plastic problem is well known and continues to be a pressing issue, but this year the industry also turned its attention to air pollution.

Design studio NotAnotherOne created a personal air-quality tracker that clips on to a backpack, for city dwellers to measure the pollution in the air as they go about their day, while IKEA came up with two products that approach the problem in different ways, the Gunrid purifying curtain and an Indian collection of homeware made from straw that would otherwise be burnt.

The air-pollution crisis in Delhi meant that when Space10 opened their second outpost, in the south of the city in November, they only invited local journalists and designers to the opening weekend. Earlier in the year, however, Dezeen reported that officials in Madrid were planning to repeal the city's low-emissions zone, as traffic jams are part of the city's "identity". 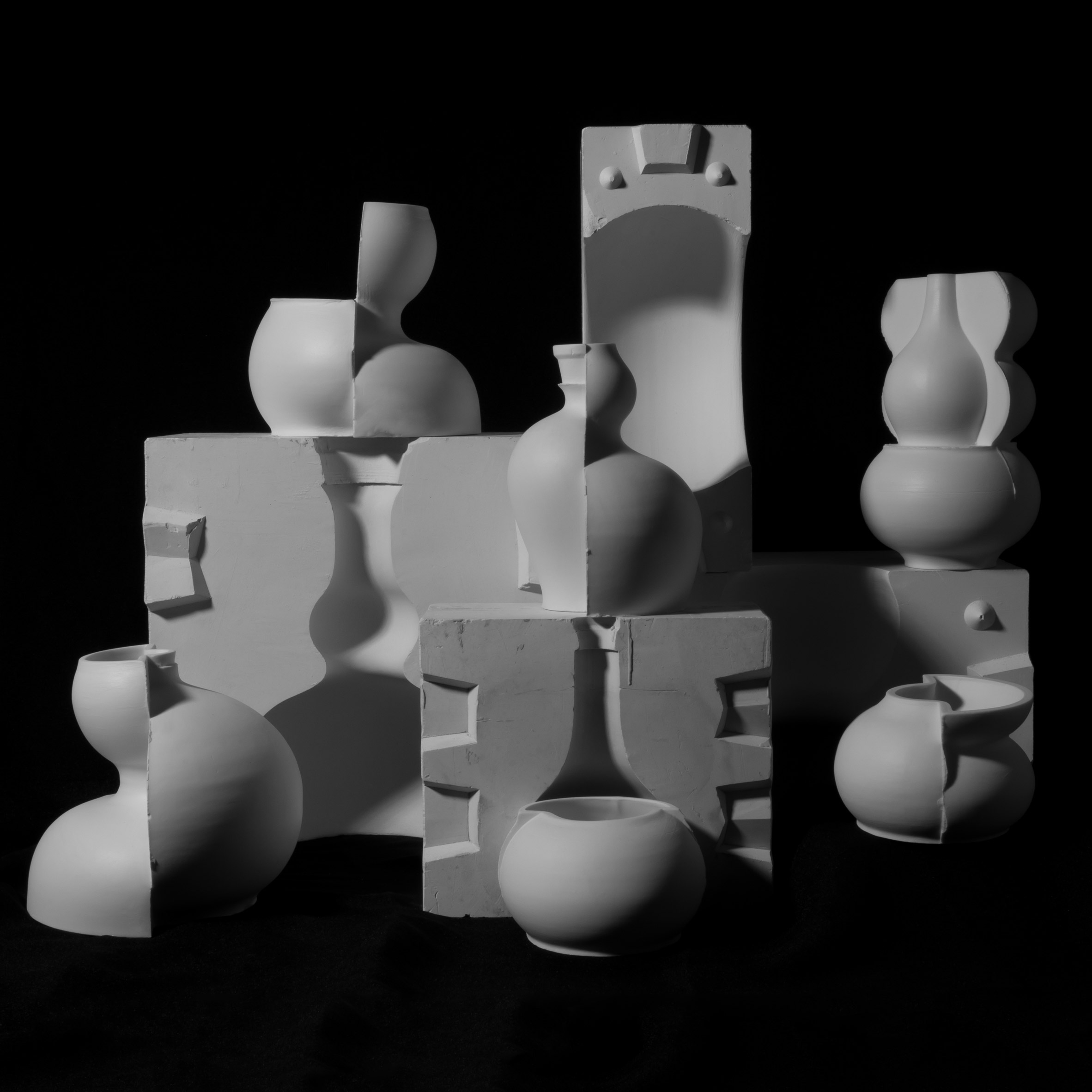 For years China was accused of copying the West, but this is changing. Designer Ruohong Wu deliberately subverted the idea by using Chinese mass-production techniques to make a set of unique porcelain vessels, whileJun Jie Zhang looked to the traditional bamboo-weaving techniques used south of the Yangtze river for his irregular bamboo light shades.

Fritz Hansen chose the city of Xi'an for its largest store anywhere in the world, at the same time declaring its ambition to become the "biggest Danish brand in Asia", and home-grown brand Stellar Works launched its latest collections as Design Shanghai rather than taking them to the Milan furniture fair.

Chinese designers took centre stage at international events such as Stockholm Furniture Fair and IDS in Toronto, where Neri&Hu were guests of honour, and at Design Biennale Saint-tienne as well as Maison et Objet trade fair in Paris where six emerging Chinese designers, including Mario Tsai were named the talents of the future.

The post Dezeen's top 10 design and technology trends of 2019 appeared first on Dezeen.